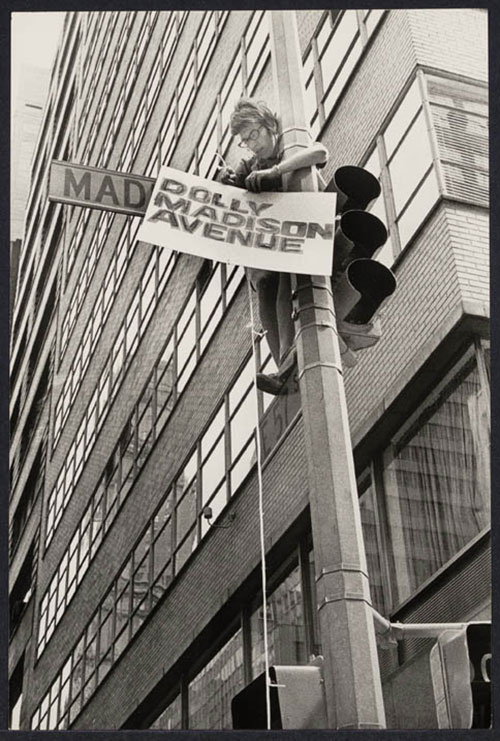 We are volcanoes. When we women offer our experience as our truth, as human truth, all the maps change. There are new mountains. - Ursula K. Le Guin

It started way before mansplaining became a global phenomenon and The Nation proclaimed her the “Voice of the Resistance”. I carted around Field Guide to Getting Lost during our year traveling abroad [the rest of the philosophy queen’s body of work easily accessible on the Kindle].

So when I read that she would be at the Queens Museum for the book launch of Nonstop Metropolis: A New York City Atlas I jumped at the chance to see her in the flesh. One of the most powerful maps was titled City of Women. It reimagines the NYC subway map to conjure “a feminist city of sorts, a map to a renamed city.”

It’s a map that reflects the remarkable history of charismatic women who have shaped New York City from the beginning, such as the seventeenth-century Quaker preacher Hannah Feake Bowne, who is routinely written out of history—even the home in Flushing where she held meetings is often called the John Bowne house. Three of the four female Supreme Court justices have come from the city, and quite a bit of the history of American feminism has unfolded here, from Vic­toria Woodhull to Shirley Chisholm to the Guerrilla Girls. Many of the women who made valuable contributions or might have are forgotten or were never named. Many women were never allowed to be someone; many heroes of any gender live quiet lives. But some rose up; some became visible; and here they are by the hundreds. This map is their memorial and their celebration.

A 16 x 20 poster of the map is framed and conspicuously placed in my Brooklyn apartment.

That was the fall of 2016. Then came the election and the Women’s March and the #metoo movement and, most recently, #timesup. I was pissed off and also itching to make art.

Why not bring this thing to life? After all, it combines so many things I love:

→ Wandering around with a camera looking at interesting, beautiful things

→ Women who like making trouble who also create things of beauty

→ Geeking out on research

A couple of caveats.

I’m not from New York City. I’m not an expert. I’m not a writer. I’m not particularly original. Nor is this project.

Right now I feel a little like Julie of Julie and Julia fame: Let’s cook [write about] every meal [woman’s name] in Mastering the Art of French Cooking [on the City of Women map]. There are 524 recipes vs. 425 subway stations [the same numbers just in different order!].

This is getting spooky. And not in a good way.

But I won’t let that dissuade me. I shall ride the subway, photograph the journey, research the woman assigned to each stop [adding my own when necessary] and write a blog post. I’ll even post pictures and quotes and miscellany about the women, the subway or anything else that piques my interest over on Tumblr.

Let the backyard wayfinding begin. Here’s to the first #100DaysofNYCwomen.

How to be a writer? Write