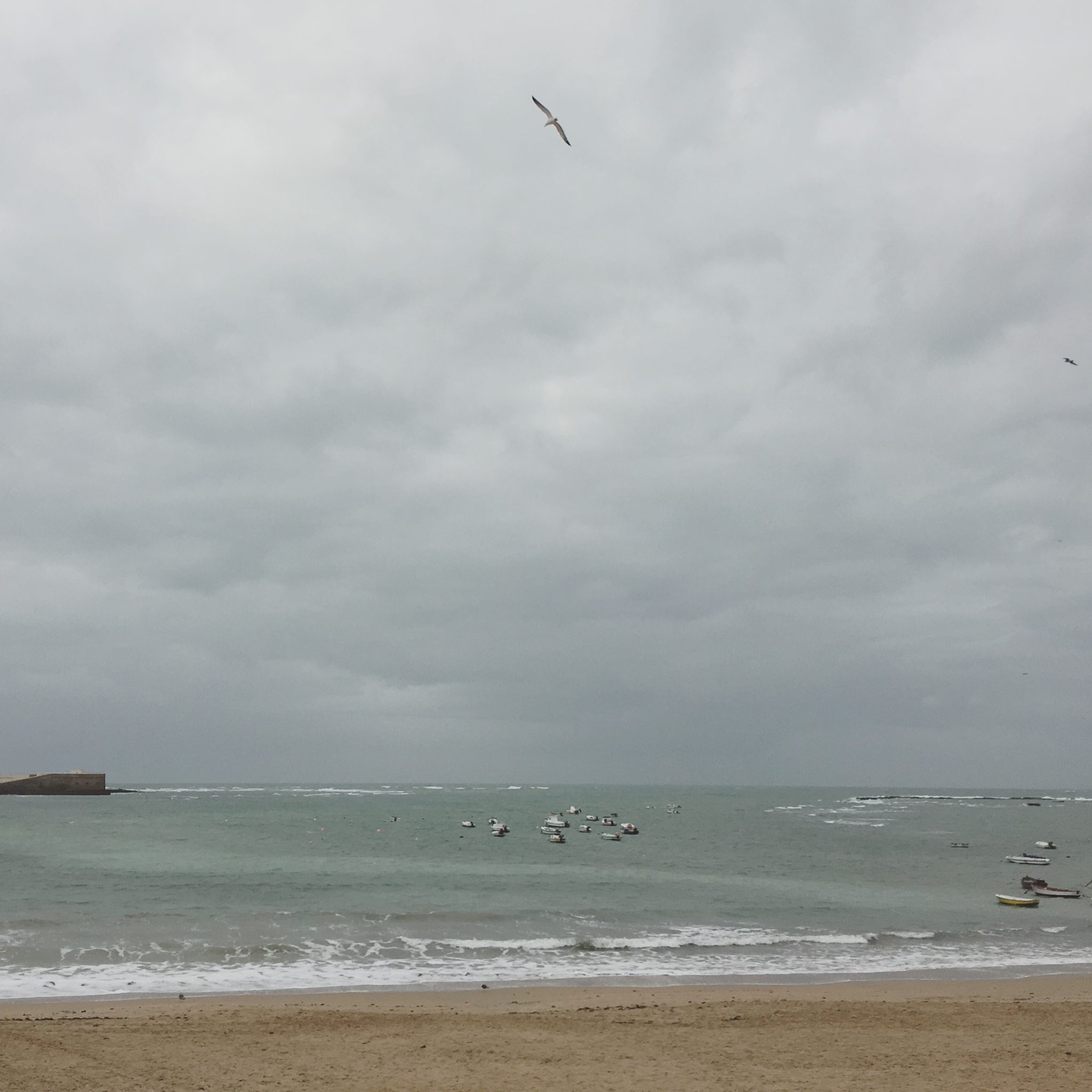 Of course the first day of Project | 1 year ago is Cádiz.

It’s a test of my will: We spent just hours there and have a mere seven pictures between us.

We’d driven from Gibraltar the day before, in howling rain, dark approaching. Lodging was sparse in Andalusia and I’d been making reservations the day of our stay to allow for the most flexibility as we traipsed about.

We ended up staying at the Montera Plaza in Los Barrios, still 97 km from Cádiz. A failed attempt at finding food in town [Yelp reviews were few and far between; one led us to an empty lot] forced us back to the hotel restaurant, caught in the infamous Spanish culinary dead zone: dinner wouldn’t begin again until after 9 pm. For now, our server could bring us a bit of salad, some olives and pizza – prepared by him as the cook was on a break. A party of forty was set up in the same sprawling room, their food long gone. Now the men sat doting on the littlest among them while the women gathered in groups of five or six, lost in conversation.

We awoke to dark, menacing skies with a rainbow stretched over the bullring next door.

Unfortunately, the skies foretold our mood in the short time we spent in Cádiz. We snapped at one another and stewed, wandered around its sinuous streets in silence. I was tired of tapas, of compromise – even in the oldest continuously inhabited city in Spain. There would be no cathedrals, no museums for us here, no long walk along the ancient sea walls.

By now, we knew not to push. Sometimes it’s best to simply say tomorrow is another day.

Though I did manage to get a shot of one door before we left for the long drive north to Salamanca. And another stop at The Good Burger once we arrived to set us back on the straight and narrow.

We’re nothing if not predictable.

On the road to Bilbao